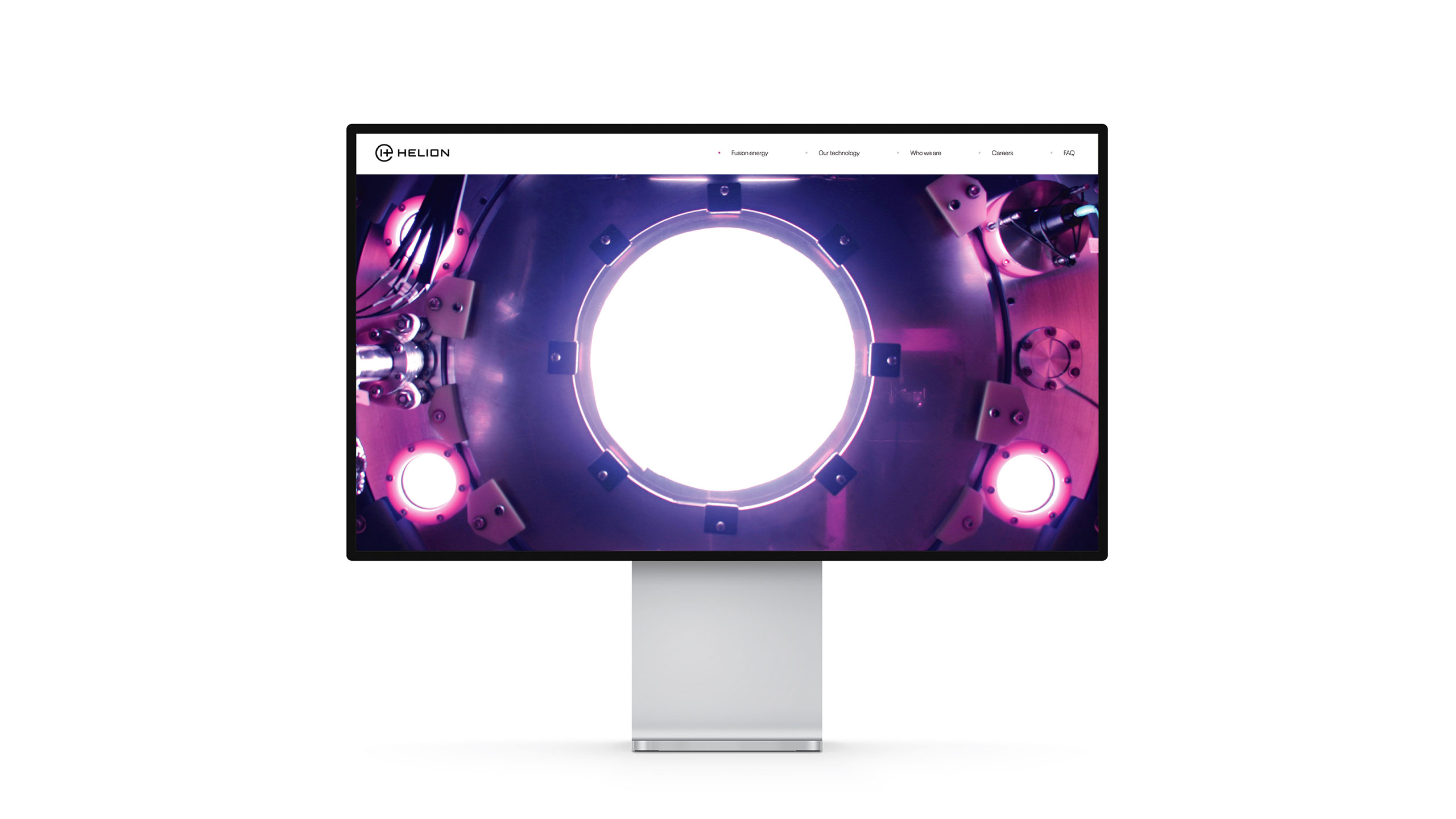 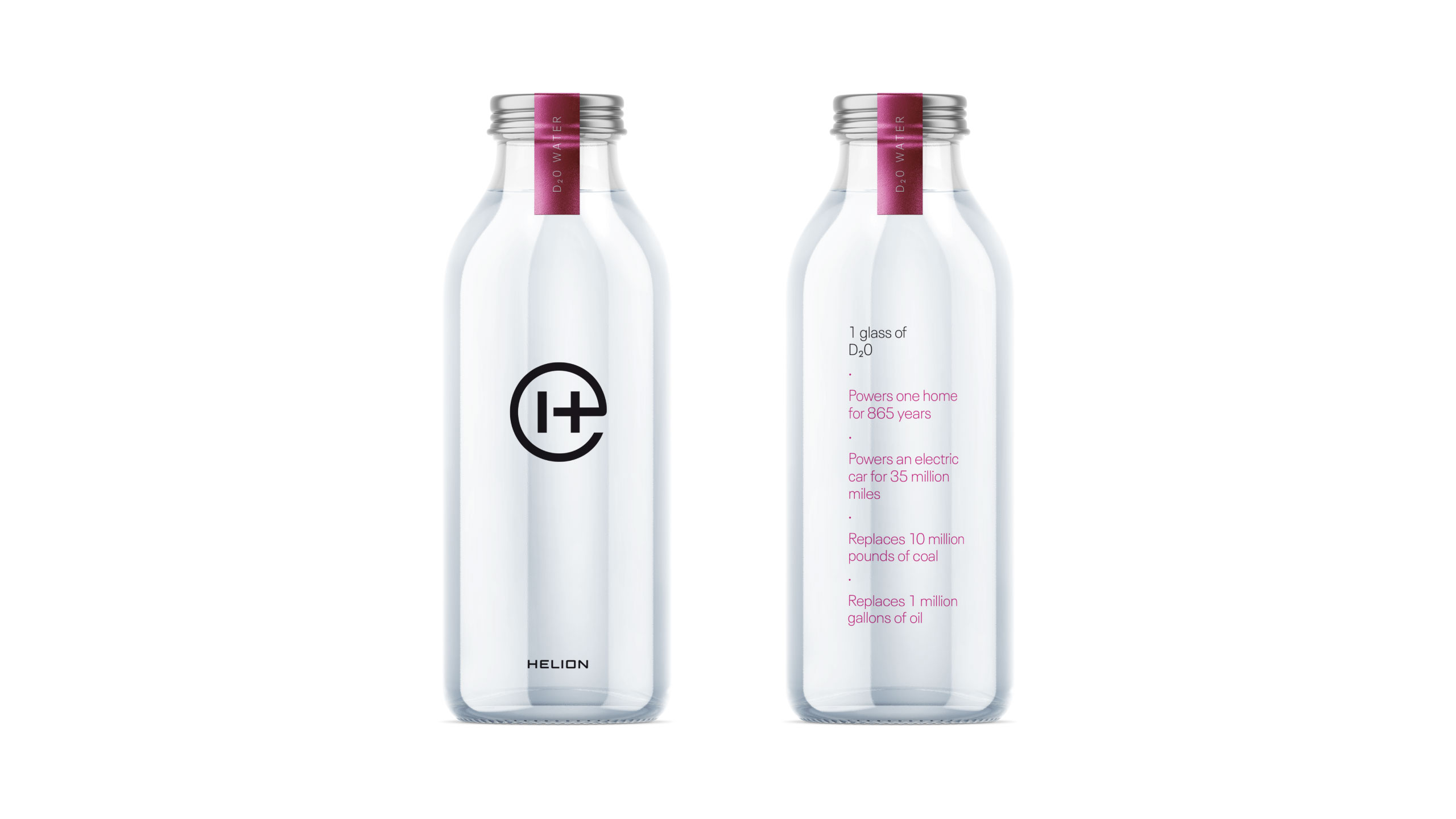 Fusion is a key component to ﬁghting climate change, but has always been “30 years away”.

“It’s an energy source so cheap and clean and plentiful that it would create an inﬂection point in human history, an energy singularity that would leave no industry untouched. Fusion would mean the end of fossil fuels. It would be the greatest antidote to climate change that the human race could reasonably ask for.”
—Lev Grossman, Time Magazine

Fusion occurs when two atoms combine to form a single atom, releasing energy. It is the process our sun and other stars use to make energy. Efﬁciently reproducing this energy source on Earth has been a dream of scientists for decades. A small team of technicians and engineers in Washington are making fusion energy a reality, and they asked Stitzlein Studio to create a brand identity that captures their achievement. 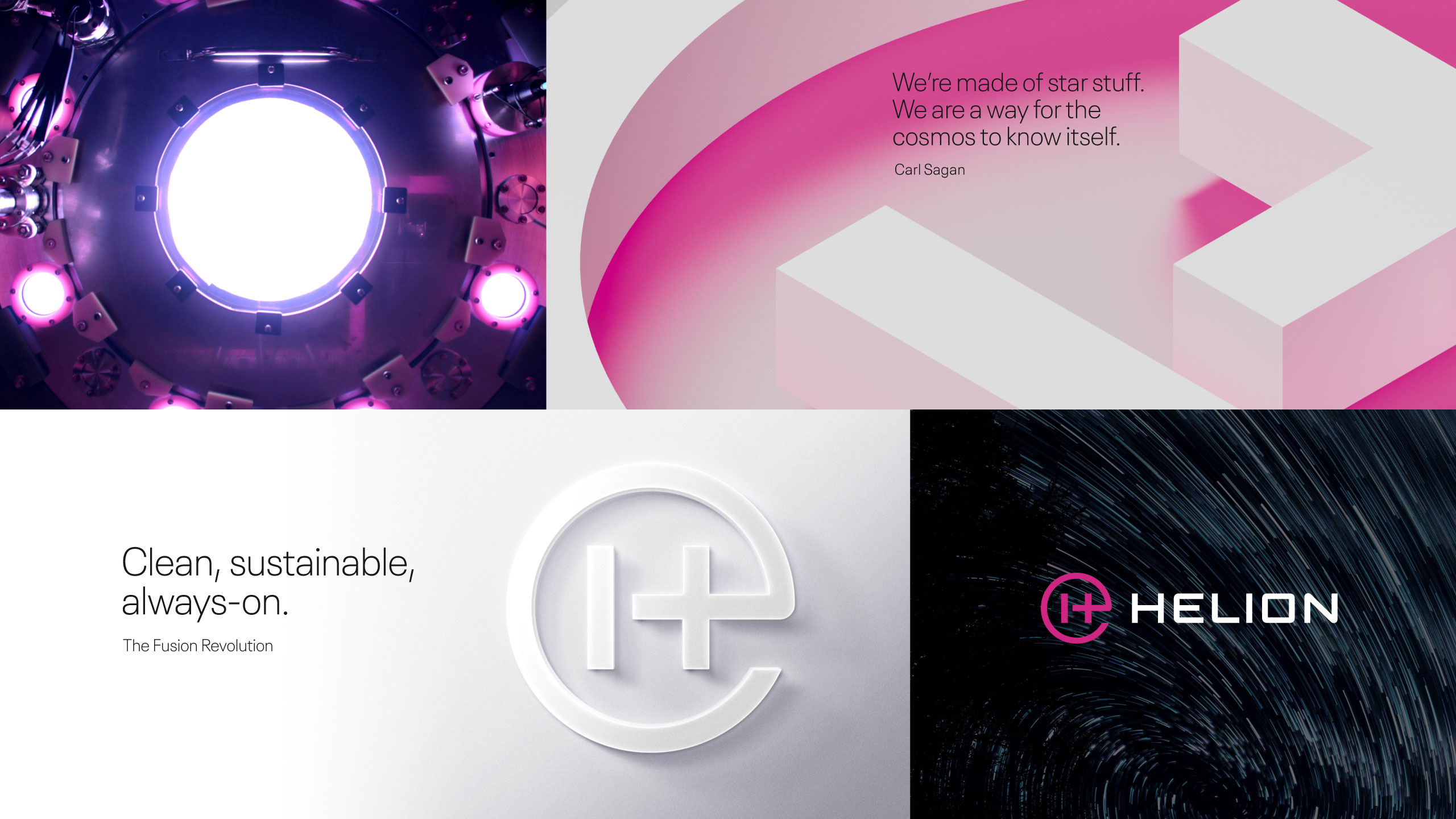 Unquestionably clean, bold and true to the science of fusion.

The energy demands on our planet are accelerating every year, and our future depends on clean, efﬁcient energy sources. Fusion energy is how every star in the universe creates energy, but has proven elusive for the world’s best scientists to safely and efﬁciently recreate.

Helion’s process takes one glass of heavy water which can power one home for almost 900 years, an electric car for 35 million miles, and can replace 10 million pounds of coal and replace 1 million gallons of oil.

An identity system that tells a story

To capture the Helion story, we designed a simple, iconic identity that is both an H and a ± that represents the charged plasma particles that fuel the Helion accelerator. These are surrounded by an arc that forms an e for energy. We call this symbol the Helion Glyph. The bold magenta color comes directly from the color of plasma when heated to 100 million degrees Celsius. Magenta is both a bold color choice and one that is unquestionably true to the science of fusion.

Inspired by the space age

The name Helion, which is the nucleus of a helium-3 atom, is rendered in custom letterforms inspired by 1970s NASA type design. The imagery used is clean and shows the promise of a fusion future. 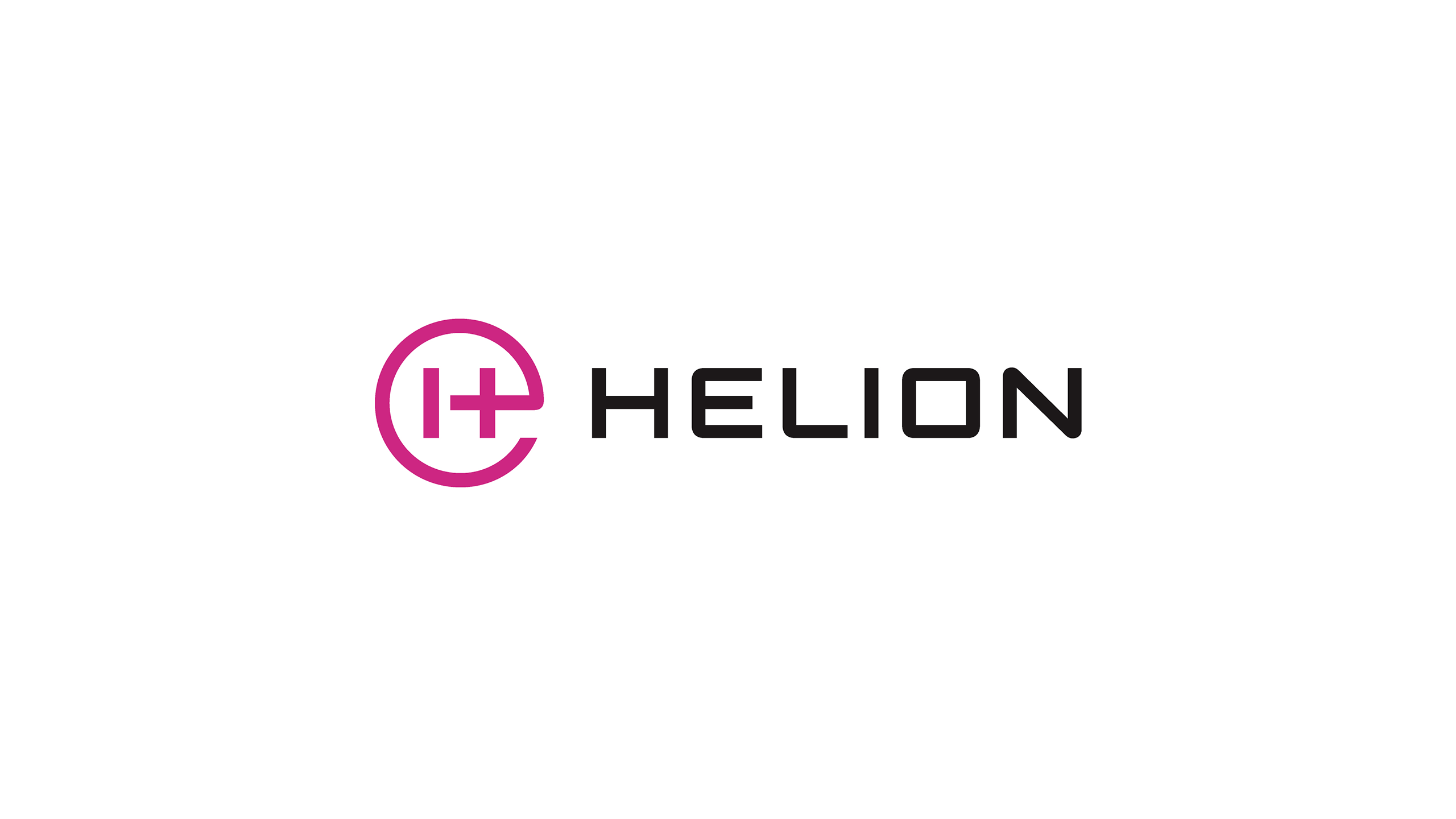 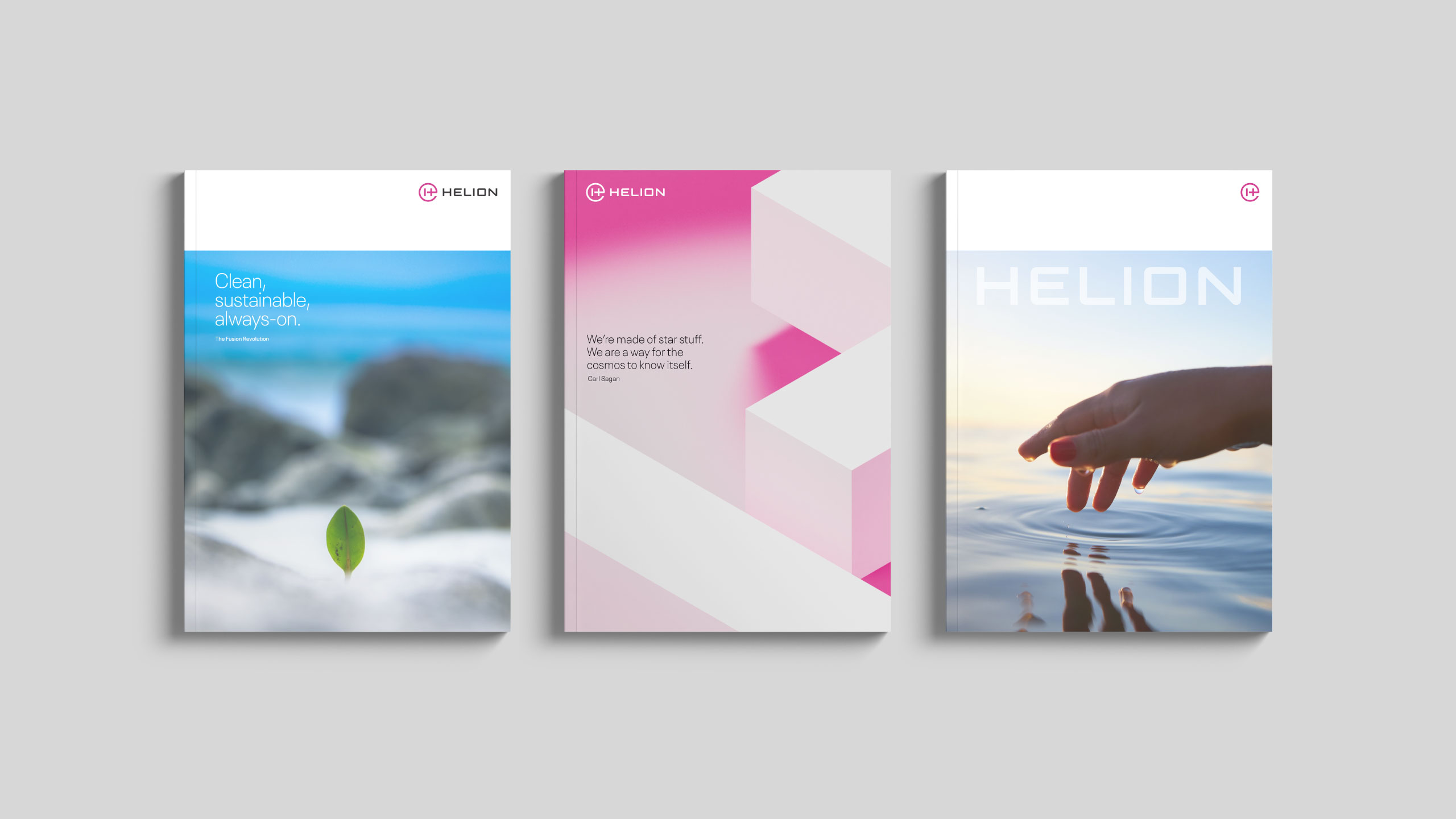 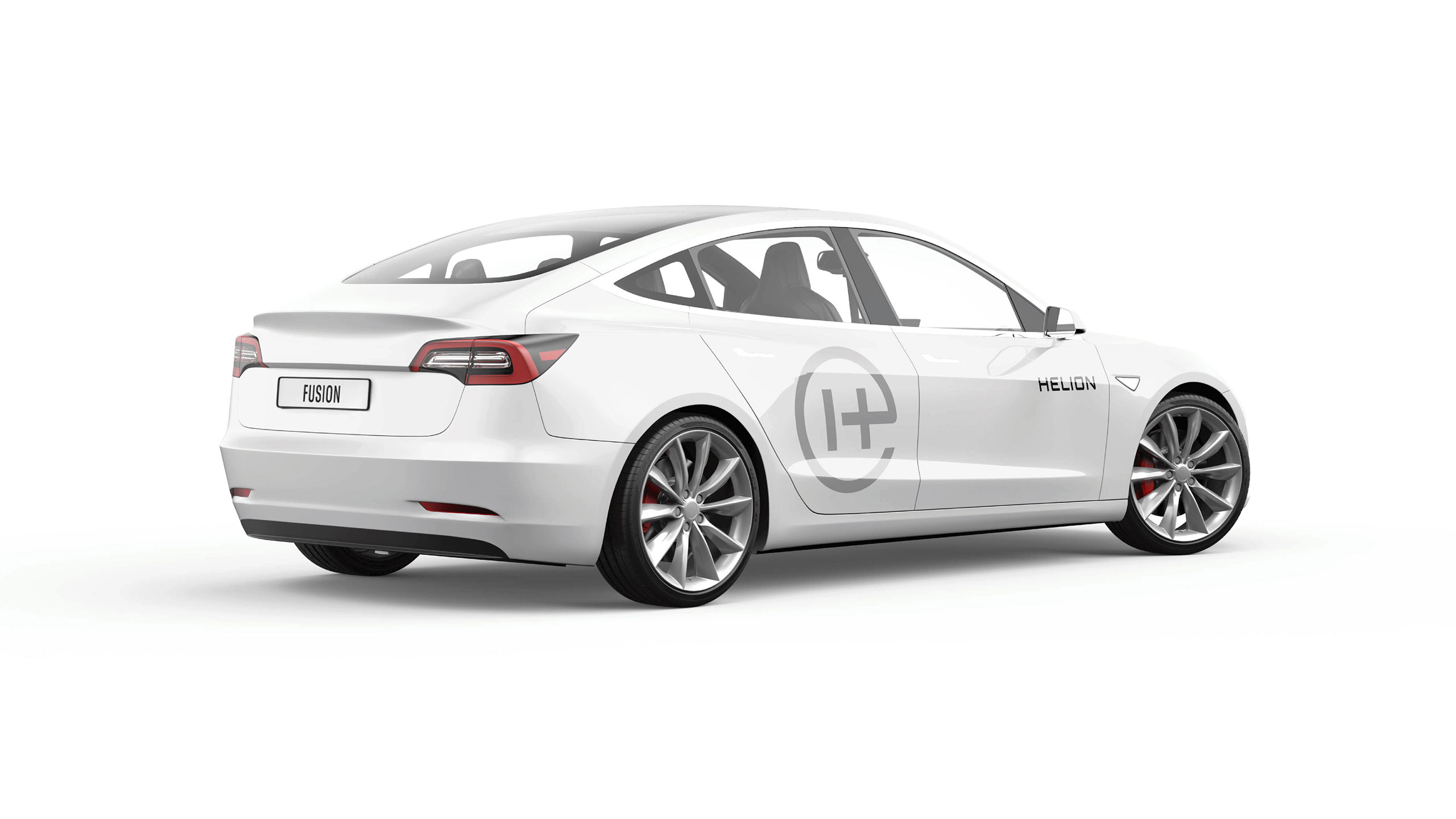 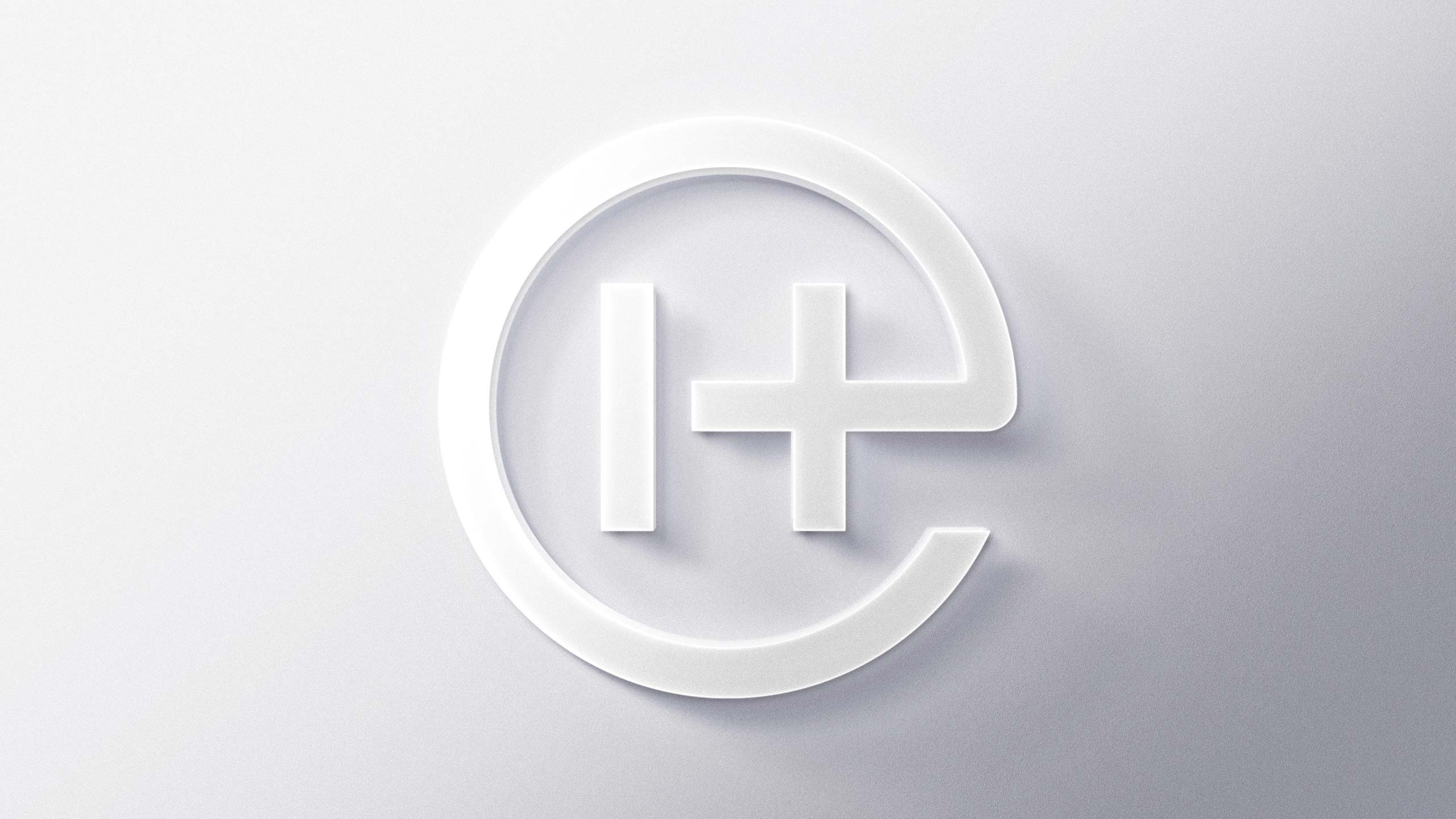 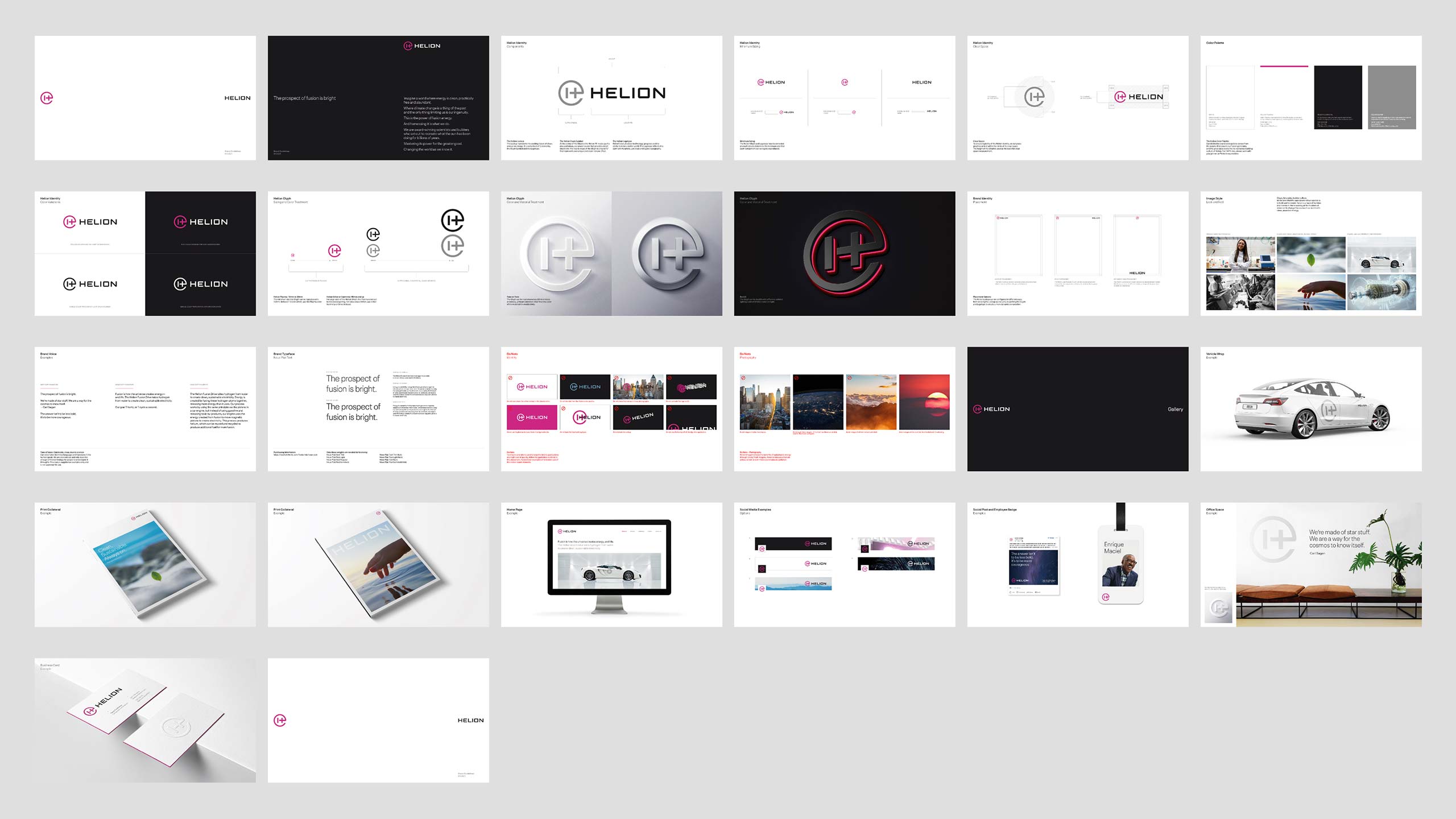